Dave grew up in a small town in rural Pennsylvania loving sports, hunting and fishing. He attended Dartmouth College where he joined the Dartmouth Area Christian Fellowship, a transforming experience where he was filled with the Holy Spirit and guided by strong biblical teaching on what it meant to follow Jesus Christ wholeheartedly.  He joined in the vision God gave the church to plant similar churches in college towns around New England.

In 1981, Dave got married to his wife, Ingrid, and was set apart as a minister of the gospel two weeks later as they helped lead a church planting team in Amherst, Massachusetts.  Dave and Ingrid now have six children and five grandchildren while also starting churches in Boston where they have resided since 1989.  They hope to keep being a light for Jesus in the city and to see a book of Acts awakening in Boston.  Dave also still loves to go fly fishing for trout! 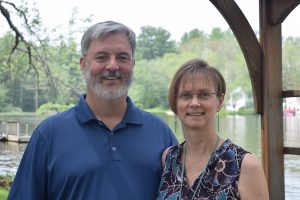 While a junior at Amherst College in 1987, Patrick Rusk, with some friends, visited a church where “the Holy Spirit led the meetings”.  There he met Dave and Ingrid Hill and began a lifelong friendship, including joining Dave in ministry as an elder in 2004.

Patrick is married to Becky Rusk, and they live in Arlington with their son Dean and daughter Harley.  He works as a computer programmer in the Financial District. 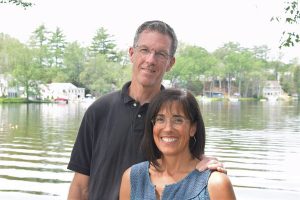 Ed and Jeannine Hodge were sent out from their church in New Hampshire to be part of a church plant in the Boston area in 1989.  Since the founding of Abundant Grace Church in 2000, Ed has counted it a privilege to serve as worship leader.  The Hodges have seven children.